“Ora’s strength on her journey of self-awareness and self-determination is enough to take your breath away. Even today, across the globe, mothers are forcibly robbed of their choices and rights in childbirth by bureaucracies asserting claim over “safety”. Is this our future? Will we sacrifice our mothers, daughters, aunts and nieces in the name of “safety”? Ora’s unshakable belief in herself is the perfect antidote and a must read for every young person. ”​​​

Bashi Hazard  |  Lawyer and Board Director of Human Rights in Childbirth. 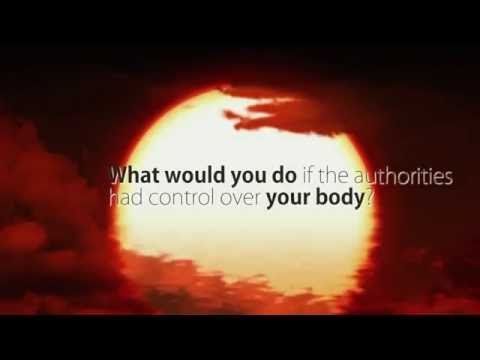 Australia is ruled by the SIF. The Special Investigation Force controls everything. Water, food, fuel … women’s bodies. 18-year-old Ora has never questioned their authority; everyone knows it’s all for the ‘safety of the nation’. But Ora’s decision to move in with her aunt is a bad one. She’s just landed herself in the middle of nowhere with a deluded activist who wants to change the world, one illegal birth at a time. Sooner or later someone is going to die and Ora doesn’t know where to turn. The beach is her only sanctuary and it’s here that she meets Jake, thoughtful and experienced, who encourages her to live a little. So why is it that as soon as she starts to have some fun, everything goes dangerously wrong?

“One of the best dystopians I’ve read. “Ora’s Gold” gives a refreshing glimpse into a world still in fear after the outbreak of a deadly disease and raises questions about women’s rights and body sovereignty in a brave and unique way that will stay with readers long after the turning of the final page.”

“Overall, I enjoyed this book, inside and out. The cover is gorgeous (I can’t stop looking at it) and detailed and the story itself is unique. I love the characters, how they develop into whom they are at the end. Hopefully there will be a sequel or something to satisfy my need. I can’t wait to read more from Charlotte Young in the future. (Yay to Australian authors!) “

“It’s a cleverly constructed dystopia and the philosophy therein could be a vital influence on the current generation of women planning pregnancy. I would like to think Ora can entice current and future birthing women to think more deeply, not accept the status quo so fearfully or gullibly, and demand change.”

“Although this book was set in this future dystopic society, it really touched on several issues of women’s rights that we face in the here and now – a woman’s right to her body. Also, the book had the most realistic depiction of live birth I’ve ever read”